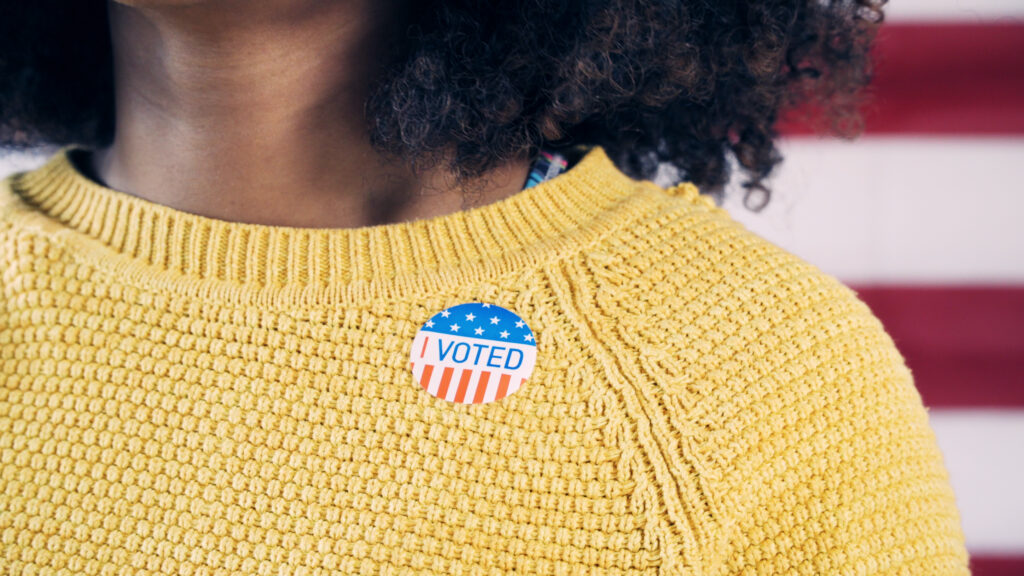 The House passed sweeping voting rights, redistricting, campaign finance and ethics reform, late Wednesday night along party lines in a 220 to 210 vote, but the historic package will face an uphill battle in the Senate as no Republicans currently support the bill.

All seven Michigan Democrats backed the bill and six Republicans voted against it. U.S. Rep. Jack Bergman (R-Watersmeet) did not vote.

“For years now, I’ve had Michiganders –Democratic and Republican-leaning alike, young and old – tell me that they have lost faith in our democracy, that ‘both sides are corrupt,’ and that they’re giving up on even voting. It’s not only heartbreaking to hear that as an American, but as a national security professional, I believe it’s a threat to our democracy if Americans no longer feel like their voices can be heard in our democratic system. No matter your party, we can all agree: we’ve got to strengthen our democratic process and restore public confidence in our elections,” said U.S. Rep. Elissa Slotkin (D-Holly).

The bill included the U.S. Rep. Andy Levin’s Transparency in Corporate Political Spending Act, which would reverse a current law that prevents the Federal Elections Commission (FEC) from requiring corporations to disclose their political spending.

“After seeing a record $14 billion poured into the 2020 election, more Americans than ever are asking, ‘Where is all this money coming from?’” said Levin (D-Bloomfield Twp.). “With these transformative pro-democracy and anti-corruption reforms, we are returning power to American voters and addressing the massive influence of wealthy special interests. My Transparency in Corporate Political Spending Act, which passed today as part of H.R. 1, would shine a light on dark money corporate political spending by finally allowing the FEC to require that corporations disclose their political spending.”

Even though Democrats control Congress and the White House, their slim majority in a 50-50 Senate is not enough to enact into law a massive package that tackles dark money in campaigns, voter suppression and election security that requires 60 votes rather than a simple majority. The push to end or reform the Senate filibuster is growing among Democrats who are aiming to get the package on President Joe Biden’s desk in the hopes that some of those changes can be enacted before midterm and gubernatorial races in 2022.

“I’m not optimistic on the Senate side,” U.S. Rep. John Sarbanes (D-Md.), the architect of the bill said during a Tuesday press conference. “We built this piece of legislation over a number of years but the urgency for it in this moment could not be greater.”

Republicans have launched attacks on the nearly 800 page legislative package, arguing that the federal government is overreaching by mandating how states carry out elections and that the country needs strict voter identification laws.

During the House floor debate, Rep. Buddy Carter (R-Ga.) said that the bill compromises the rights of states to make their own voting laws.

“This bill will weaken what many states are doing to improve election security,” he said.

The package aims to increase voter turnout by restoring voting rights to those with a felony record, expanding early voting and same-day voter registration, getting rid of ID requirements and requiring states to set up automatic voter registration for eligible voters for federal elections. The Biden administration is supportive of the bill.

“In the wake of an unprecedented assault on our democracy, a never before seen effort to ignore, undermine, and undo the will of the people, and a newly aggressive attack on voting rights taking place right now all across the country, this landmark legislation is urgently needed to protect the right to vote and the integrity of our elections, and to repair and strengthen American democracy,” the administration said in a statement.

With historic levels of voting in the 2020 presidential election, many Republican controlled state legislatures have introduced strict voter ID laws, a trend that concerns Democrats.

“Everything is at stake,” House Speaker Nancy Pelosi (D-Cali.) said during a Wednesday press conference ahead of the vote on the bill.

There are currently more than 33 states that have introduced 165 bills to tighten voting requirements, according to a recent report from the Brennan Center for Justice at the New York University School of Law. The center also found that 37 states have “introduced, pre-filed or carried over 541 bills” that would expand voting rights.

“Voter suppression is one of the most urgent issues confronting our country and I’m going to be doing everything I can as a United States senator to push back against this trend and make sure that people don’t lose their voice in our own democracy,” Warnock told a group of reporters on Capitol Hill Wednesday.

Sarbanes also argued that the package would help restore faith in democracy for Americans after baseless conspiracy theories of voter fraud and election irregularities were spread by the former president and many Republicans. Multiple reports from the Department of Justice and FBI found that last year’s elections were secure and there was no evidence of voter fraud.

“This is not controversial,” Sarbanes said about the bill. “We’re just trying to create some baseline, universal standards so people can get to the ballot box.”

Republicans have also made false statements that the bill uses taxpayer money to fund campaigns.

Rep. Mario Díaz-Balart (R-Fla.), who called the bill “a travesty for all Americans,” said on the House floor that his constituents don’t want their taxes to go toward funding political campaigns. The bill does not use taxpayer money to fund campaigns

A section of the bill sets up a federal public financing program for people running for Congress, which uses money from criminal and civil penalties and settlements from corporations, corporate officers or tax code violators in the top income brackets, to match small donations.

New York City has this small donor matching system, which helps candidates for state elections raise money from smaller donations rather than having to rely on big donors and super PACS. So if a small donor gives a candidate $200, the public fund would match that donation at a 6-1 ratio, giving the candidate $1,200.

Sarbanes said this program was included in the bill in the hopes that it allows people from different financial backgrounds to run for office. HELP US GROW Make a tax-deductible donation.