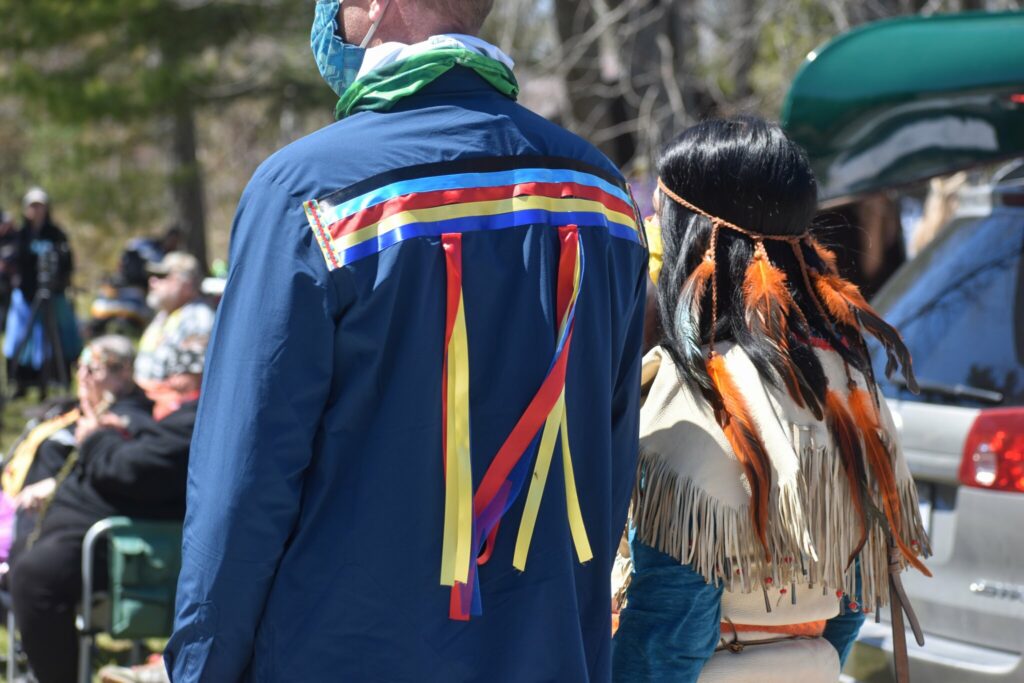 A unanimous U.S. Supreme Court ruling last week is being seen as a step in the right direction toward untangling complex jurisdictional issues that often result in crimes against Indigenous people going unaddressed in Michigan and elsewhere throughout the country.

With more rulings like these that affirm tribal governments’ sovereignty, the epidemic of murdered and missing Indigenous people — especially women and children — could be better addressed, according to some Native experts on the issue in Michigan, but there is much more work left to do.

“Perpetrators have long come onto reservations, committed crimes against women and children and left without impunity,” said Holly T. Bird, a Traverse City-based Pueblo/Yaqui/Apache attorney and longtime Indigenous activist. Bird is also a member of the federal Task Force on Research on Violence Against American Indian and Alaska Native Women.

“Being able to stop and detain them and turn them over with the evidence that is found is going to help keep them off the reservations,” Bird said.

The court case in question involves a non-Native man who drove onto tribal land in Montana with illegal drugs and weapons in plain view. The defendant argued in court that the evidence found and seized from his truck by Crow tribal police should be suppressed because the tribal law enforcement did not have the authority to do so.

On Tuesday, the U.S. Supreme Court unanimously ruled against the man after a lower court had ruled otherwise. The court’s opinion Tuesday stated that tribal police officers can temporarily detain and investigate a non-Native suspect if their arrest takes place on a reservation, before passing along the case to state or federal law enforcement for possible prosecution.

“The power for most tribes to stop and detain somebody who is in the middle of a crime has always been there, in theory” under Indian law, Bird said. “It’s just that it wasn’t being enforced.”

United States v. Cooley “seems like a small ruling, and very narrow in a way … but it has far-reaching implications” like uniform application to all states, she said.

Stacey Ettawageshik, a member of the Little Traverse Bay Bands of Odawa Indians (LTBB), described Tuesday’s ruling as a “step in the right direction” in terms of missing and murdered Indigenous people but still just one small piece of a much larger puzzle.

“I’d like to say it would change things tremendously [in Michigan], but I don’t think I would be confident in saying that,” Ettawageshik said. “I’m just seeing it as a whole picture, and this being one piece to the puzzle.”

Even with the United States v. Cooley decision, there are still narrow restrictions for the prosecution of non-Native people by tribes. The Violence Against Women Act (VAWA) essentially only covers domestic and dating violence crimes committed against Native women on Native land and puts a time limit on how long the offender can be detained.

In missing and murdered Indigenous women cases where a current or ex-intimate partner is involved, about 85% of the offenders are non-Native. Ettawageshik said that the LTBB also faces limited or “checkerboard” jurisdiction of these crimes because a majority of them are committed off of tribal trust land.

Generally, tribes are also only allowed to stop and hold people for certain crimes that do not rise past a low-level misdemeanor. More serious crimes, like bringing drugs onto a reservation or committing a violent crime, require the intervention of county or state police to investigate and follow through on a case.

As a result, many of those more serious cases slip through the cracks, as each tribe’s relationship with local law enforcement is different and it can take time for those entities to take action.

“When you have to wait for that, people get away or evidence goes away,” Bird said.

“We’ve been dealing with this for centuries, since colonization,” Ettawageshik added.

Yet another variable in how tribes can handle criminal cases depends on the state. In “PL-280” states, tribal governments have relinquished some of their law enforcement jurisdiction to the state or county under Public Law 83-280. Tribes in non-PL-280 states, like Michigan, have largely retained that jurisdiction, but each tribe is still different and there are varied interpretations.

The fight to expand VAWA is ongoing — but Ettawageshik said she would ultimately like to see “a full Oliphant fix,” referring to the 1978 U.S. Supreme Court ruling in Oliphant v. Suquamish Indian Tribe.

The ruling said that tribes do not have criminal jurisdiction over non-Natives and can therefore not take punitive actions against them.

Reversing that ruling “would be, you know, us getting our jurisdiction back,” Ettawageshik said. She emphasized that the power was inherently theirs in the first place, and tribes would only be taking back what the federal government took away from them.

But even with the many limitations remaining, Ettawageshik says the unanimous ruling does give her hope that more cases and more favorable rulings will come up before the court to continue bridging that gap.

“And I think having Deb Haaland as Secretary of [U.S.] Department of Interior, I think that’s giving us a lot of hope. That’s for sure. She is making change, she’s making our voices heard — which, they haven’t been heard for so long,” Ettawageshik said.