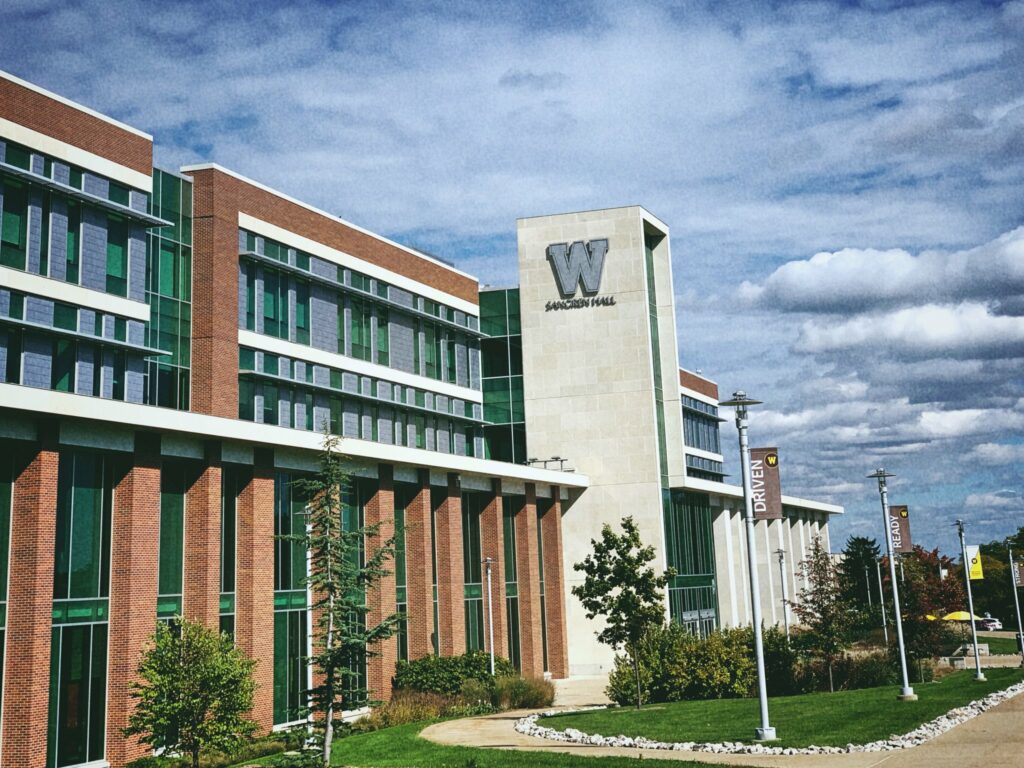 But at a time when most new jobs paying a living wage require a certificate or degree beyond high school, Michigan is falling far short of needed support for higher education.

The result is a state economy that lacks enough skilled and highly educated workers needed to attract technology and other knowledge-based employers.

While educational attainment is rising, just 29.6% of Michigan residents possess a bachelor’s degree or above. The state ranks 32nd in that measure.

Michigan also faces the prospect of losing high-paying jobs in its signature auto industry, which is rapidly seeking more software- and electronic-engineering talent as it shifts to electric vehicles.

While Ford, General Motors and Stellantis (formerly Fiat Chrysler) continue to invest billions of dollars in Michigan, much of it in retooling factories, they’re also establishing technology centers in other states and countries that could play a bigger role in automakers’ transportation mobility efforts.

On Monday, the same day Whitmer signed the landmark K-12 spending bill, General Motors announced it was building a $71 million design and technology center in Pasadena, California that will play crucial role in developing new types of vehicles, including flying cars.

GM said it chose Pasadena because it’s “closer to technology centers on the West Coast and creates a recruiting opportunity with its proximity to leading universities and design schools.”

That ought to worry Michigan policymakers who seem intent on continuing the state’s decades-long underfunding of our own top-notch universities.

State higher education funding per student has plunged 40% over the past 20 years, leading to tuition hikes that have made a four-year college degree increasingly out of reach for lower-income students.

Michigan ranks 44th in per capita higher education support, down from 20th two decades ago. And Michigan ranks dead last among the states in the amount of state-funded financial aid per student.

Gov. Gretchen Whitmer has proposed a modest 2% overall spending bump for community colleges and universities in the upcoming fiscal year. But it’s unclear if lawmakers will even go along with that small increase.

The Republican-controlled state House passed a plan in May that would boost funding by as much as 10% to 13 of the state’s 15 public universities. But it would keep overall funding flat by making big cuts in appropriations to the University of Michigan and Wayne State University, two of the state’s major research universities.

Top state business leaders denounced the House plan, saying that Michigan needs a higher education funding plan that boosts funding to all universities while recognizing the outsized impact research universities have in growing the state’s economy.

Business Leaders for Michigan, an organization representing the state’s top employers, has long called for a bigger state investment in higher education to produce a more skilled workforce in a global economy where jobs increasingly migrate to talent.

The Senate has yet to finalize a higher education budget.

Michigan universities aren’t alone in fighting for funding support from state legislatures. Many states have long seen universities as attractive targets to cut during lean years.

We also are in the midst of a dangerous anti-science, anti-intellectual era lead by right-wing Republicans who see universities as liberal indoctrination factories.

The Michigan House budget plan, for example, would prevent universities from requiring students to be vaccinated against COVID-19 as a condition of enrolling, attending in-person classes or living in university housing.

Most Republican lawmakers won’t even say if they’ve been vaccinated.

Trying to prevent universities from keeping their students and employees safe is a reckless move at a time when COVID cases are surging across the country — a result of new, dangerous virus variants and low vaccination rates in many regions.

Beyond that afront to universities, policymakers on both sides of the political aisle have been downplaying the value of a university degree.

Many of them, who hold bachelor’s degrees and above, have been pushing the notion that a university education isn’t for everyone, and that there plenty of good-paying jobs in the skilled trades and other occupations that don’t require an expensive four-year degree.

It’s true that we need more plumbers, millwrights, electricians, medical technologists and a host of other workers in occupations that don’t require a university degree.

But we also need more accountants, engineers, marketers and others with bachelor’s degrees and above. Thirty-eight of Michigan’s “hot 50 jobs” through 2028 will require a four-year degree or above.

And don’t be fooled. Most of those positions pay more than jobs with lower educational requirements.

A new study by Michigan Future, an Ann Arbor-based think tank, found that nearly 80% of high-wage jobs in the state, paying a median $64,240, are held by workers with bachelor’s degrees or above.

Now policymakers need to boost investment in its higher education institutions that will help students achieve a brighter economic future.

Disclosure: Haglund did freelance work for Michigan Future in 2014 and 2018.