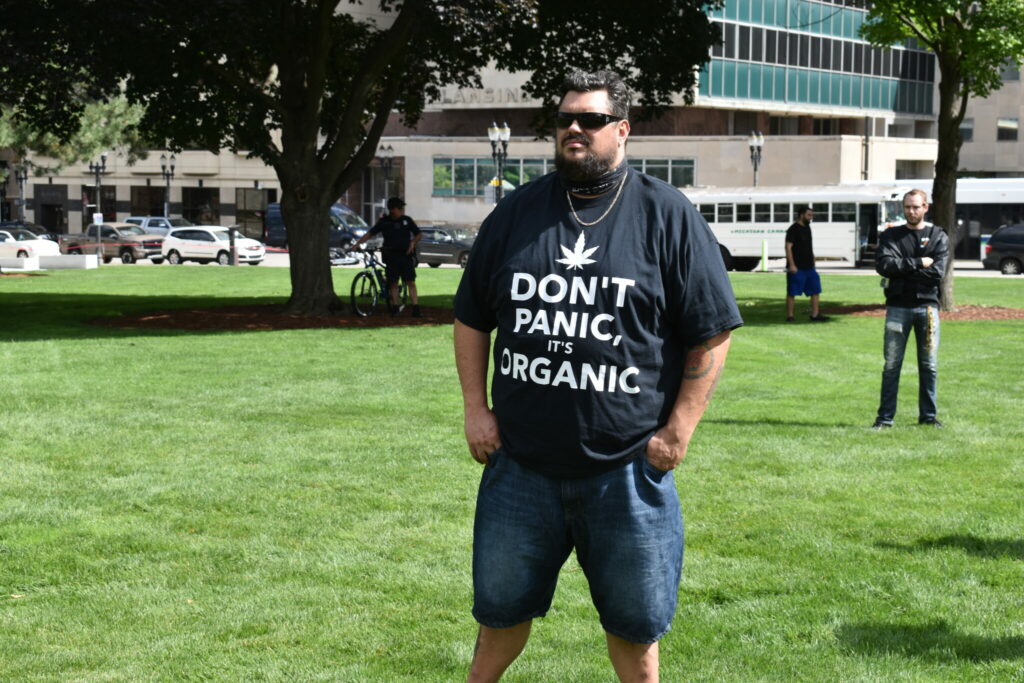 Lawmakers on Tuesday announced proposed bipartisan legislation that would create a new license and add more regulations for marijuana caregivers. On Wednesday, cannabis activists held an already-planned rally in Lansing to protest the bills that leaders told the Advance earlier this week they had heard were in the works.

“These bills are hiding behind the curtain of safety,” she said. “They’re trying to say the marijuana you’re growing is not safe. Even before marijuana was legalized in our state, people with medical marijuana cards relied on these caregivers — and now they’re saying your pot is unsafe.”

“Michigan has an opportunity to be a national leader in cannabis safety, job creation and economic growth, and these bills help us rein in Michigan’s unlicensed cannabis market that threatens the health of all Michiganders,” Lilly said in a press release. “I support speedy passage of this important legislation to help promote cannabis safety, transparency and accountability in a regulated cannabis market.”

A representative from Lilly’s office said he was not available to further comment on Wednesday.

The bills tighten rules for caregivers, claiming it’s about patient safety. Currently, medical marijuana caregivers are not required to test, track or label patient products and can sell their extra cannabis. The legislation targets Michigan’s unregulated cannabis supply and medical marijuana cultivated by caregivers. Lawmakers who support the legislation say it will ensure all cannabis is tested, labeled, tracked and licensed.

Rally organizer Ryan Bringold could not immediately be reached for comment, but said earlier this month that caregivers are being unfairly targeted after helping to legalize medical and recreational marijuana in the state. Caregivers supplied many dispensaries and medical marijuana provisioning centers as they got up and running.

The proposed legislation requires testing of caregiver-grown medical marijuana and other cannabis products to protect patient safety and increase accountability, according to lawmakers. It also requires the sale or transfer be entered into the statewide METRC monitoring system as required under Section 3 of the Marihuana Tracking Act. 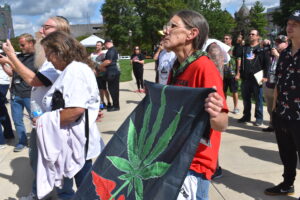 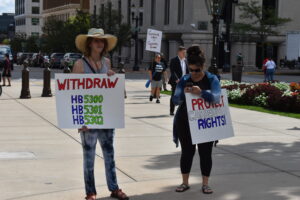 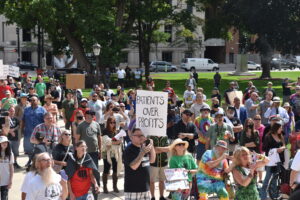 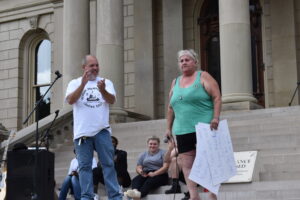 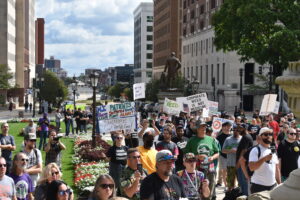 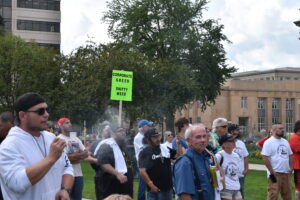 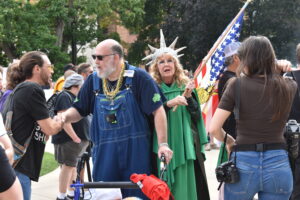 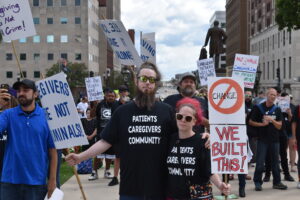 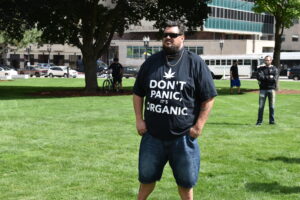 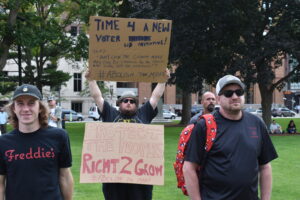 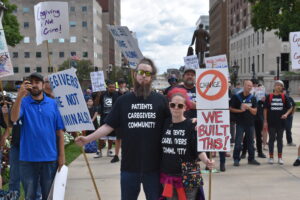 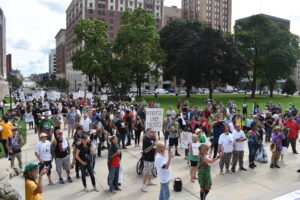 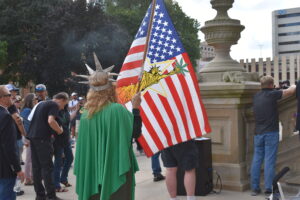 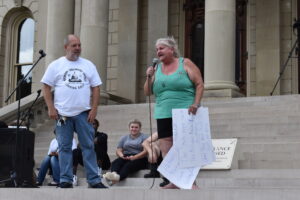 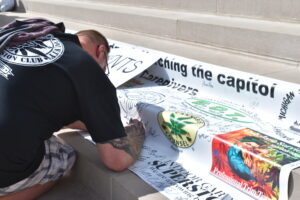 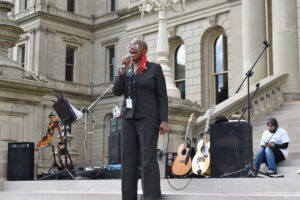 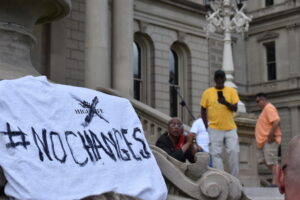 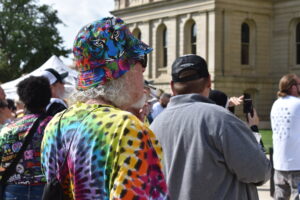 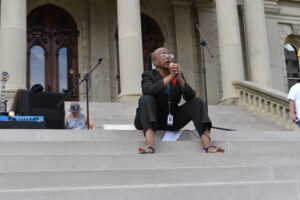 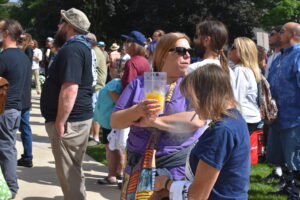 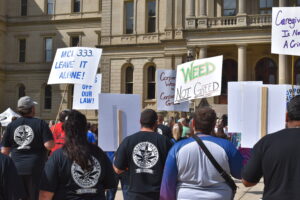 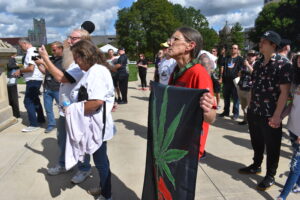 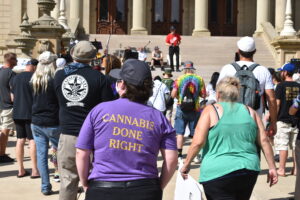 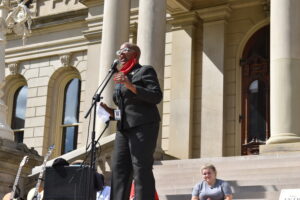 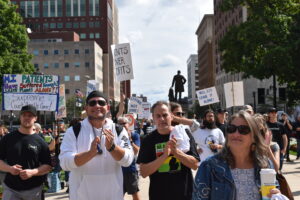 The proposed law does allow for specialty medical growers to sell or transfer overages to a grower licensed under the medical marijuana facilities licensing act if certain conditions are met. The law authorizes the Marijuana Regulatory Agency to process specialty medical grower license applications, which have a $500 fee, and enforce the new rules.

“All Michigan consumers deserve the opportunity to buy cannabis through licensed companies and businesses, and this legislation helps get us there by providing a pathway to enter the licensed marketplace,” Steenland said in a press release.

“Our state is uniquely positioned to become a national leader in cannabis safety, innovation and entrepreneurship, and this legislation promotes transparency and accountability in Michigan’s cannabis market,” Linder said in a press release. “This legislation is a turning point on cannabis in Michigan that updates our laws intended by voters to provide access to safe, regulated cannabis products for all Michiganders.”