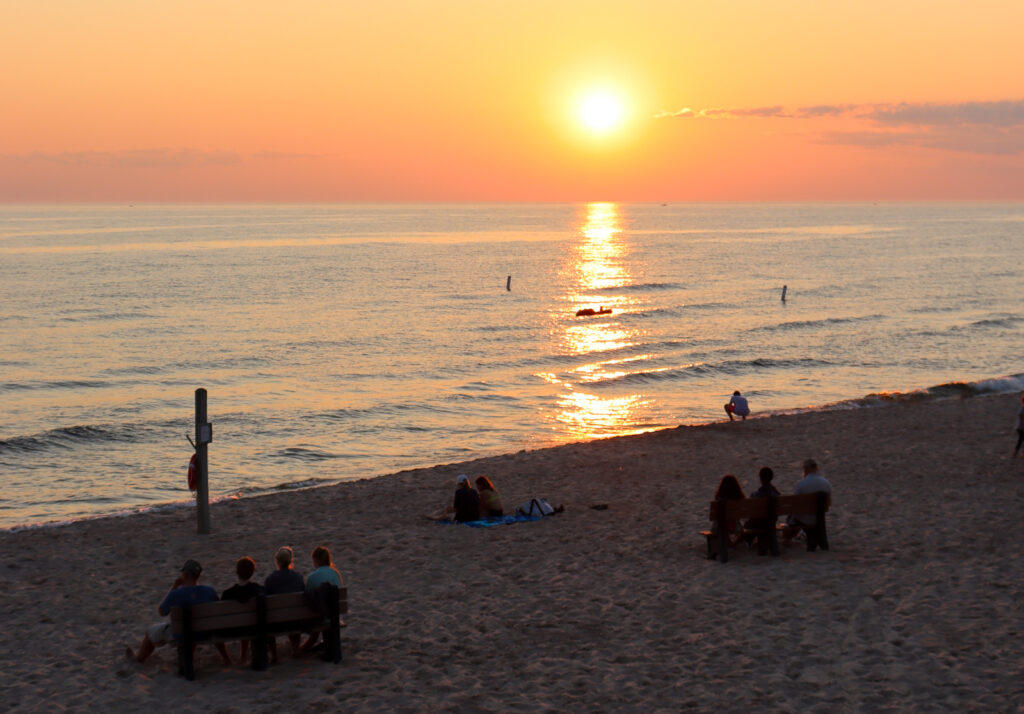 Rev. Deb Hansen has a problem with the word environment. “I hope I won’t lose any friends over this!” she told me.

I should clarify that sometimes the word is OK. “Yeah, to look inside at a built environment, you know, that I’m comfortable with calling an environment,” she added, “but when I’m looking outside, in a lake, in a river, in a forest, my garden, that’s life itself. It’s life itself, and I am not separate from that. I am, and you are, part of that circle, not superior to it, not at the center of it, but really in a humble state of being utterly dependent.”

“So it’s really all connected and puts us on a more healthy footing of reciprocity, that I’m not just a consumer, taking, taking, taking,” Rev. Hansen said. “I have a responsibility, not only to myself and the human family but also to future generations, to leave what I’ve enjoyed, hopefully in better shape, then I received it.”

Now, that all sounds well and good. Religious and spiritual people often talk about connectedness. But they also sometimes have a reputation for not translating that connectedness into practical action. For Rev. Hansen, however, both personally and as a board member for the organization Michigan Interfaith Power & Light (MiIP&L), that connectedness and responsibility are expressed in very practical terms.

Started in 2002, MiIP&L today has over 300 member congregations across the state, representing more than 20 faith traditions and denominations. As part of the national Interfaith Power & Light organization (which has chapters in 40 states), MiIP&L’s mission is to “inspire and equip people of faith to exercise stewardship of and love for all Creation. We offer practical ways to put faith into action by promoting energy efficiency, renewable energy, and other sustainable practices that lead to a cleaner, healthier, and more just world.”

According to Rev. Hansen, MiIP&L has “put a lot of focus on energy efficiency and houses of worship. So that ends up to be not only a savings for the congregation, but also a help in trying to mitigate what’s happening with a destabilizing climate.”

Through its Carbon Fund Mini-Grants, designed to help organizations reduce their carbon footprint, MiIP&L has provided solar-powered exterior lights for churches and donated towards a public high speed Wi-Fi project at Avalon Village, a sustainable eco-village in Highland Park, MI.

The organization has also highlighted the efforts of Soulardarity, a group also located in Highland Park. Soulardarity has been working to literally keep the lights on in the city, emphasizing a just, equitable and self-sufficient electrical system after the local utility, DTE, repossessed the community’s streetlights in 2011.

In addition to all that, Hansen talked about MiP&L’s support for efforts “to stop the water shut offs, for example, in Detroit during the mass water shut-offs. So it’s a combination of what we’re doing with getting actually out in the field, with supporting various initiatives that are going on.”

All that practical effort, for Hansen, is part of the call of religious communities. “Interfaith Power & Light was founded as a religious response to climate change, global warming. And so, for me,” she said, “it’s really essential. I also realize that religion, for a lot of people, and for some good reasons, has gotten a bad rap out there. So part of it for me is re-instilling spiritual leadership in the state.”

It’s not surprising that Rev. Hansen would be drawn to an organization like Michigan Interfaith Power & Light. She talked about her childhood, growing up in the Grand Rapids, MI area and spending time at a family hunting cabin near Ludington, MI. Her father connected in practical ways with creation, and in turn he taught her.

“My dad, when I was a little girl, would take me out in the woods with him when he was hunting,” she said. “And we would sit down at the base of a tree, and he would teach me about what I was seeing, how to identify the trees, the nuts, the other creatures and their habits. And it was less about naming things, but it was about the spirit of the thing, of just a real reverence and a love and respect for the natural world, not taking more than you need.”

As an adult, after a stint working in corporate America, she ministered as a hospital chaplain. Today she serves as a spiritual companion, working one-on-one with people, along with her efforts around water, energy, and climate issues in Michigan.

Speaking of Michigan, Rev. Hansen emphasized the importance of place in how we connect with creation, to “really develop a sense of place. Not that I just love water, or the Great Lakes, but I love the Straits of Mackinac. You know, I love Little Traverse Bay in Petoskey, and to see a sunset over that. That particularity is really important. It’s real.”

That connection to place for Hansen also means she’s involved in helping others with their connection to place. For example, she has spent time supporting the work of Indigenous people trying to stop Enbridge’s Line 3 in northern Minnesota. Enbridge is replacing and expanding its old oil pipeline that runs through Ojibwe ceded territory, and members of the Ojibwe nation, their allies, and climate justice activists have been fighting against having the pipeline on Anishinaabe land. That experience, and others, has helped her learn from Indigenous communities.

“Part of the DIS-ease, that I would say that we are suffering from right now is that we have started to look at water, oil, minerals, trees, forests, as natural resources, stuff that is there to be in service to the human. And in reality, these are our relatives, or at least that’s a healthier way of looking at it,” Hansen said.

“I love the definition of sacred as worthy of our deepest respect… that’s a very practical definition of that. So I think there’s a lot that we have to learn from indigenous communities as they are reclaiming culture, language, tradition. These are people who’ve lived in harmony on this land for a very long time.”

Being connected to a place and to a group of people brings us full-circle, then, because for Hansen, relationships and connections are at the heart of all that practical work. Those relationships, for both MiIP&L and Hansen, have reached across racial and ethnic divisions, connecting with people from Indigenous, European, and Black communities, as well as with folks from a wide variety of religious traditions.

“There are a lot of commonalities, but there are also some differences. But, you know, really, looking at the unique gift of each one and honoring that. I am happy to pray in any house of worship,” she said, “And I’m honored, and I’m amazed, and my life has been so enriched by the friendships that I’ve built across traditions. It’s a huge blessing, and, I think we have to learn how to act together, in the interest of protecting life right now.”

This article was originally published in November 2021 for the Great Lakes Spirituality Project. For a video of the full conversation with Rev. Hansen, see the original article at the Project’s website: glspirit.com. Dan Robinson is a writer, musician, educator, and community organizer who lives in Three Rivers and tends the Great Lakes Spirituality Project. You can reach him at [email protected]