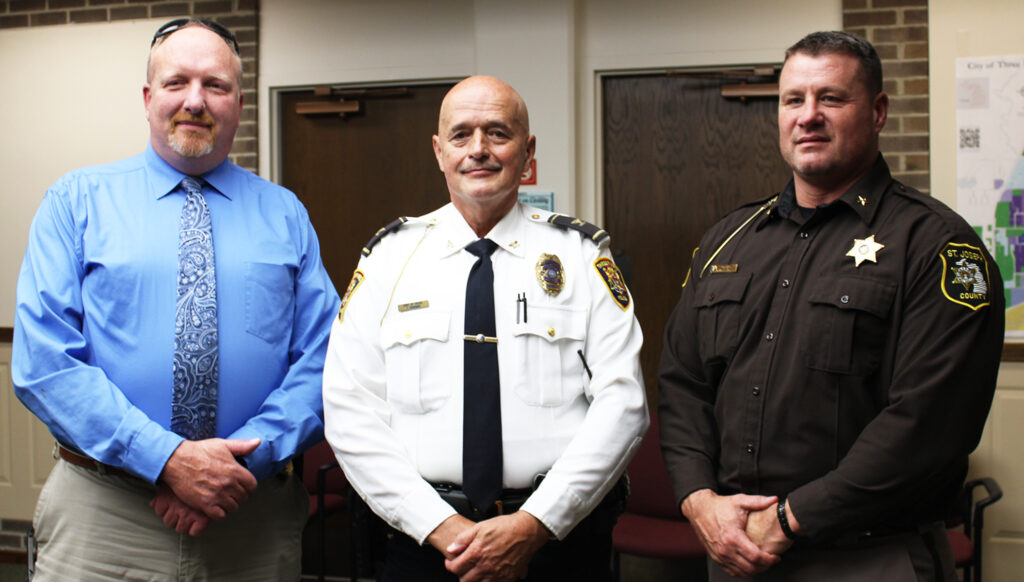 After 14 1/2 years as Three Rivers’ chief of police and 47 1/2 years with the Three Rivers Police Department, Tom Bringman is calling it a career.

Bringman was honored Tuesday by the Three Rivers City Commission with a plaque recognizing his nearly five decades of service to the community, and was celebrated by colleagues, family, and citizens alike at a retirement ceremony held in the commission chambers just two hours prior.

“I don’t know about golf,” Bringman said. “I have golf clubs but I might go with 12 balls, and might come home with none. It’s not pretty.”

The 70-year-old has become a staple in the City of Three Rivers in part because of his longevity but more so because of his open door policy, and accessibility to the public.

“I think it’s important to earn and build trust with the community, with the people of our community, and the only way to do that is to talk to them,” he said. “Maybe discuss things you could do a better job at. You have to earn trust, they don’t just give it.”

Lillywhite and Smallcombe pointed to Bringman’s ability to connect with the public as one of the attributes they admire most about the man they’ve both worked alongside for more than 20 years.

Lillywhite said when he was undersheriff Bringman was someone he could “lean on” and “seek guidance from,” something Bringman consistently encouraged.

“One thing I like about him is he’s always promoting working together,” Lillywhite said. “We don’t have those measuring lines, we work together as a county, we have to and we need all of our resources from within each of our agencies to (serve) the citizens of the county. And I think just hearing the reinforcement (is critical). I think we get jagged, we might get callused where we expect things (to be standard knowledge) but we have to remember there’s a lot of new people in law enforcement, a lot of new faces in each and every agency, so (it’s important) to reiterate that, to remind ourselves that, ‘hey, we have to work together.'”

With a decision on who will succeed Bringman on the horizon, we asked the outgoing police chief what attributes he would look for in a successor. “I would want them to hold officers accountable to treating people with respect, and to realize that we truly are here to serve the community. Our positions are just that, we’re here to serve. I’ve always told (officers) the rank you achieve marks your level of responsibility, not your level of importance.”