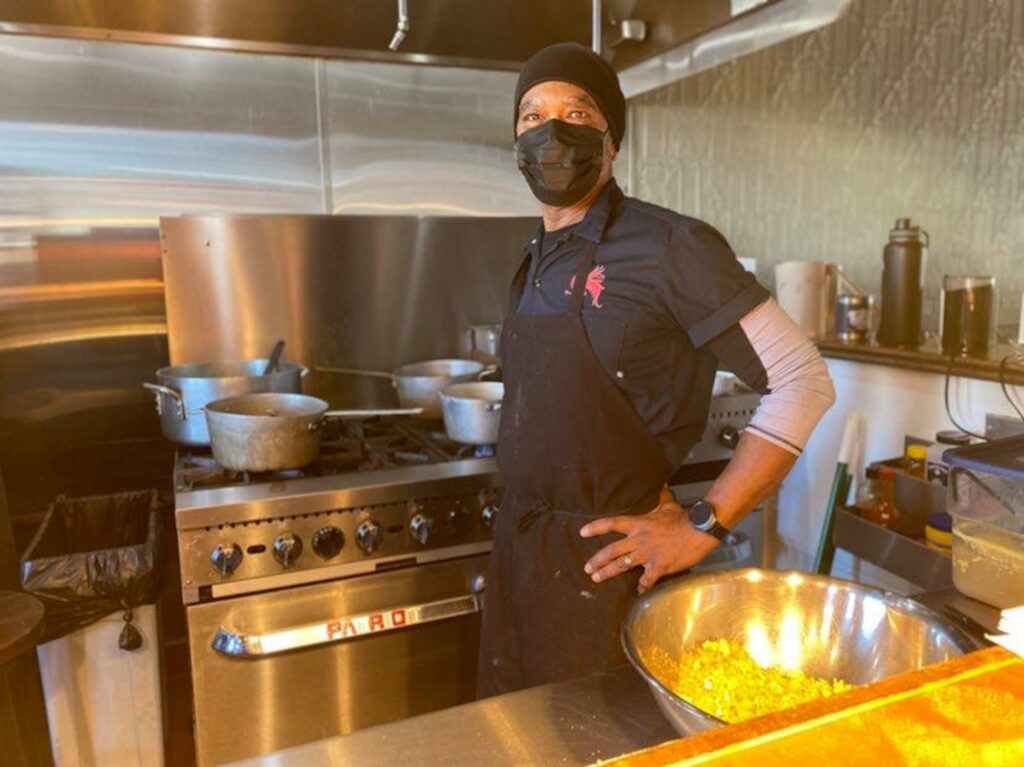 It’s been said pressure makes diamonds, but in these unprecedented and turbulent times, most of us are simply trying to survive. In times like these we lean on those closest to us, and turn to things that lend comfort and respite from the world around us.

So if pressure makes diamonds, what does the pressure of a pandemic make? Well, for Chef Ralph Humes — whose adaptability, creativity, and work ethic are immediately evident to anyone who’s ever crossed paths with him — the circumstances in which he found himself in due to COVID-19 meant a return to his roots, and two things he values as much as anything else: food and family.

With the help of his sister Barbara Humes, who is retired after 31 years with IAC Mendon and has been baking and catering just as long, Ralph resurrected R. Stanley’s, which used to call 618 South Main Street home some 20 years ago as a dine-in and takeout spot. R. Stanley’s returned this week in the form of a pop-up diner, operating out of Venue 45 in downtown Three Rivers, making family meals to-go.

Before the pandemic shut down many of “the block’s” dining options — including Venue 45, Kelsey Block Brewing Company, and for a time, Rivera Theatre & Bar, which is back open — Ralph manned the Venue 45 kitchen, providing comfort food and fine dining alike alongside General Manager John Rivers III. In March 2020, what was initially thought to be a three-week closure lasted the rest of the year for Venue 45, which left Ralph with a lot of time on his hands.

After his family “got tired of seeing him around the house,” Ralph decided to get back to work, renting out the Venue 45 kitchen from the Rivers family, and cultivating a menu that combines old favorites from the original R. Stanley’s days, and new items he perfected at Venue 45.

So is R. Stanley’s a temporary solution to a temporary problem? Does this mean Ralph won’t return to Venue 45 when it eventually reopens?

“It’s a toe in the water in a new climate,” Ralph said of R. Stanley’s, which he said will eventually pop-up as “its own mobile unit but that’s something that’s down the road,” and will require “saving and planning.” As far as his future with Venue 45, Ralph said “everything is just so murky for me, I needed to do something right now” but he’ll make a determination about that “down the road.”

“Nobody knows what’s going to be what when you’re talking about brick and mortar restaurants, we’re still trying to figure it out,” he said. “Eventually I want a food truck, that’s what I want or a mobile kitchen, not necessarily an old jalopy.”

Whatever the future holds, Ralph says it will take place in Three Rivers, where he hopes to be “indefinitely.”