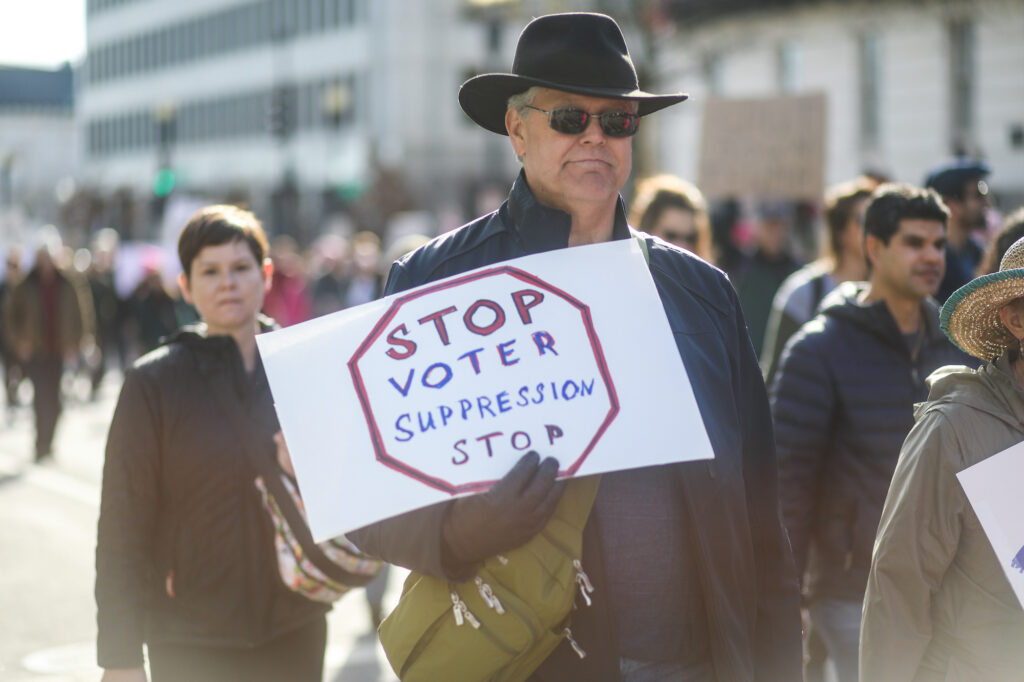 During a two-hour meeting, the Elections Committee discussed several bills, including measures that would cut back the hours that ballots can be dropped off on Election Day and video surveillance of the vote-counting process. Four of the five members on the panel are Republican, with Sen. Paul Wojno (D-Warren) as the lone Democrat. Formal action on the bills was not taken.

Included in the 39-bill package that GOP members unveiled in March are measures that would ban unsolicited mass mailing of absentee ballot applications, prohibit pre-paid postage on absentee ballot envelopes for absentee ballots, require a photo ID, curb the hours people could drop off their ballots in boxes and require video surveillance of such drop boxes.

As of March 24, American state legislators have introduced 361 bills with restrictive voting provisions in 47 states, according to the Brennan Center for Justice, a Washington D.C.-based nonpartisan law and policy institute.

One of the bills discussed at the hearing, Senate Bill 299, sponsored by Sen. Dale Zorn (R-Ida), would require Board of Elections inspectors to deliver election returns to the clerk of the township or city by noon on the day following the election.

Some who testified were concerned that the legislation would halt the counting of absentees at a given time. Sen. Ed McBroom (R-Vulcan), who testified on behalf of the bill, said that is not the intent and that a substitute will be drafted to further clarify.

However, Secretary of State Jocelyn Benson, a Democrat, through submitted testimony, wrote that Senate Bill 299 would rob “countless citizens of their constitutional right to have their vote counted.”

“It is appalling that any elected official in this state would seriously consider changing the law to cease the counting of legally cast ballots in an election before a full count of every valid vote is completed,” said Benson. “And it’s another example of politicians choosing to codify the ‘Big Lie’ rather than tell their constituents the truth.”

At the end of the hearing, McBroom called Benson’s testimony a “political hit piece.”

Linda Lee Tarver is a longtime GOP activist who has sued Benson before over election issues. She joined a November 2020 lawsuit suing the state over the integrity of the election and was part of a group of Republicans who sued Benson in 2019 in an attempt to block the independent redistricting commission mandated by voters the previous year. Tarver testified and was largely supportive of the legislation. Tarver claimed there was voter fraud during the vote counting at TCF Center in Detroit after the 2020 November general election, an argument that was rejected in several courts.

Two other measures that were discussed were Senate Bill 275 and Senate 276, sponsored by Sen. Jim Runestad (R-White Lake). The legislation would allow the use of video recording devices to record election audit proceedings and allow live video coverage of the tabulation of ballots.

Merissa Kovach of the American Civil Liberties Union (ACLU) of Michigan raised concerns about privacy, voter intimidation and the injection of more partisanship.

“Our underlying concern about these bills are moving us in the wrong direction,” she said. THE MORNING NEWSLETTER Subscribe now.