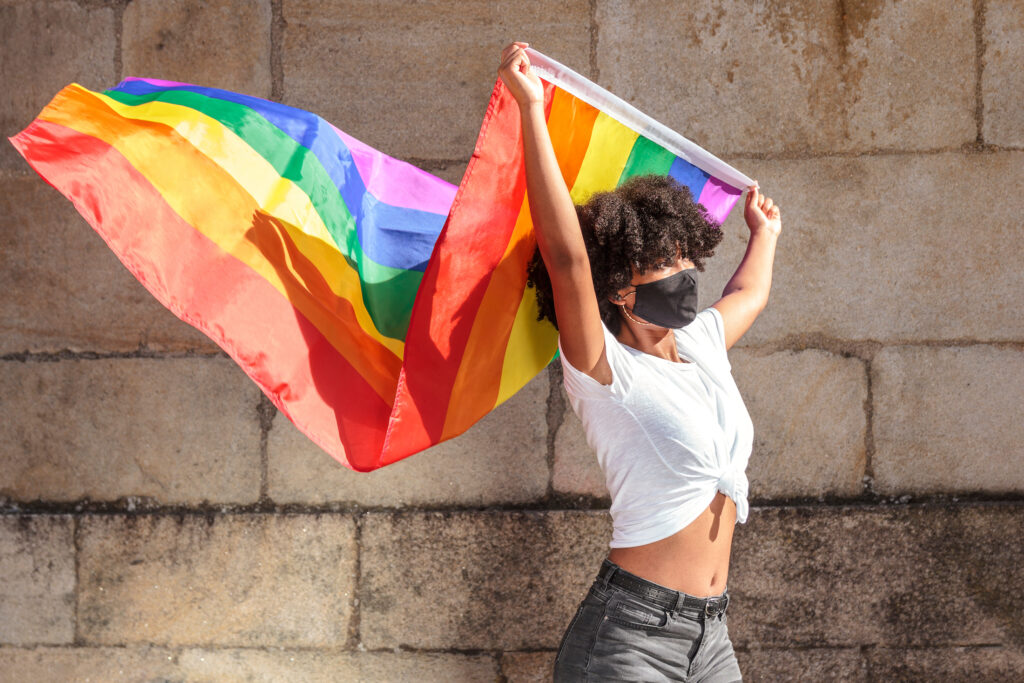 Editor’s Note: This piece written by Emme Zanotti was originally published on social media, and converted into a column with permission from its author.

A day late and a dollar short, I know, but I’ve been clumsily meandering around my own head for the better part of the last couple weeks trying to produce a series of thoughts regarding Pride month that are even semi-articulate and inclusive of the diversity that exists in our community.

I am not going to start with the seemingly obligatory “Happy Pride Month.” I won’t even start with “The First Pride was a Riot.” To be clear, the first Pride was a riot. It was a revolution in fact, but I’ve quickly grown tired, as I presume others have, of seeing the term co-opted and appropriated. I’m just going to lead with this:

I see all of you. I appreciate all of you. I value the humanity of each and everyone of you. I respect the way you choose to partake in Pride this month. Whether that be a loud and proud celebration or a quick nod to those who came before us—who lifted us up. I hope you are able to surround yourself with family, be it your birth family or your chosen family. I hope you can surround yourself with love. Love, validation, and celebration. Each of us are deserving of those things.

In a lot of ways, we can look back this month and see how far we’ve come. Comparing the society and system that assassinated Harvey Milk to the one where we’ve elected several openly gay people to the United States Congress. That feels like progress. Celebrate it. Comparing the culture that openly mocked gay and trans characters on TV shows to one that is now beginning to publish and reveal our true stories. Our humanity. Our complexity. That feels like progress. Celebrate it.

Comparing the McCarthyist Federal government that persecuted being gay to one that recognizes our matrimonies and a U.S. Senate where on someone’s desk lies a copy of the Equality Act. That too feels like progress. And as such you should celebrate it. But while we celebrate these achievements and these milestones in the fight for liberation, we must be cognizant of both the mountains still to be climbed and the wrongs of our past that are still to be rectified. We should all be aware of the dangers of complacency, and of the reparations that must be paid to those who have shouldered the heaviest of our burden and the majority of our plight. We, as a community must better understand the needs and people we haven’t fought for while we prioritized ourselves.

Because the first Pride WAS a riot; a revolution. And it was a revolution fueled not by the audacity or sass of Black trans women and trans Latinas as suggested by the way that phrase is used in today’s context. I have long been disturbed at the lack of empathy it must require to think there was anything cute or “yes queen” about staring down the guns and batons of State-sanctioned officers and reaching for a brick. That takes courage. Guts. That is sacrifice. That requires something worth fighting for. And you can damn well bet your heart and mind would be thumping out of our chests if that’s the spot we found ourselves in.

And that’s what the first Pride was. It was a revolution fueled by the fire of Black trans women and trans Latinas. A revolution generated by the kind of spark and passion that can only exist in the hearts and minds of people on the receiving end of an oppressive force so strong that it’s quite literally costing them their lives. The First Pride was a language of the unheard, to paraphrase Dr. King.

We all have a right to be proud of our journeys. To be proud of our triumph over bigotry and our struggles with discrimination. Let’s be proud of the families we have or the families we have built. But I do ask that we please move forward with more humility. That we recognize that uttering “happy pride” without believing in and fighting for the decriminalization of sex work is complacency with transphobia and racism. I demand us to recognize that throwing a rainbow-laced soirée this Saturday without waking up on Monday to overhaul our justice system is a merely a festive reenactment of our privilege, not a collective celebration of our community’s Pride.

So let’s move forward this month with not just pride but this sense of humility as well. Humility because that will be the path that once and for all listens not just to our own privileged voices but also to the voices of the unheard. Humility because it will lead us to value the experiences and wisdom of the long undervalued and misunderstood. Humility because our fight and our struggle has to be one that rises to the challenges and meets the needs of everyone in our community. When we start doing that, we can make this June and all future Junes a month we can truly be proud of.