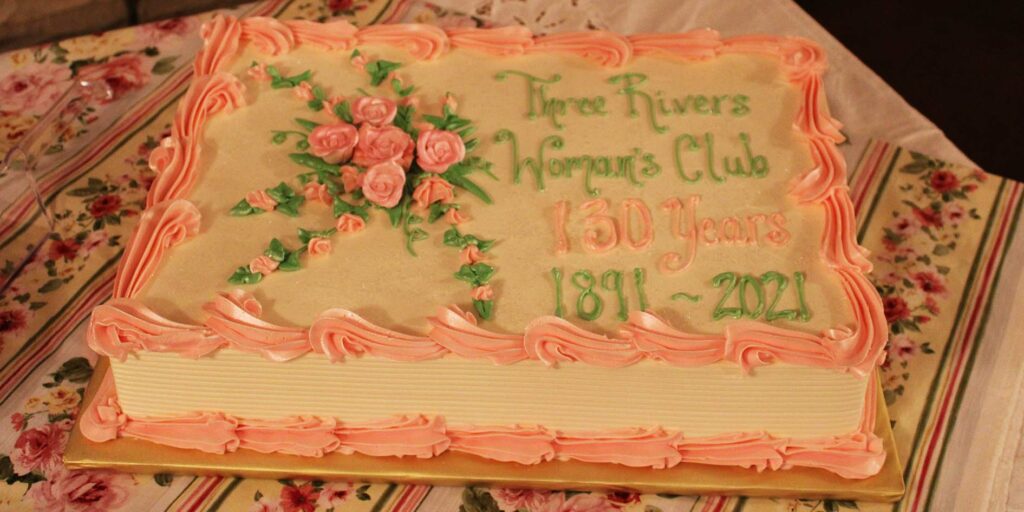 The Three Rivers Woman’s Club (TRWC) celebrated its 130th anniversary on Monday at the Three Rivers Elks Lodge with a celebratory dinner and program.

“I was so very proud of all of the Three Rivers Woman’s Club members and how they pulled together to celebrate 130 years of community service,” Three Rivers Woman’s Club President Mary Kay Todd told Watershed Voice. “This organization was founded by a very strong group of women and continues to move forward in community service. We are excited about the future and what more we can do for our community.”

The club is the oldest service organization in Three Rivers (est. 1891), and has sponsored over 100 college scholarships for area students, and supports Domestic And Sexual Abuse Services (DASAS) and Keystone Place through donations and the Afghan Project, among several other community building efforts.

It all began when the Isabella Club was transformed into the Woman’s Club of Three Rivers in the 1890s with two goals in mind; learning and community involvement. The TRWC worked for woman’s suffrage in Michigan through 1921, studied the need, founded and gained private and public funding for the Visiting Nurse Program from 1915 through 1985, and worked to see that the 21st Amendment was passed by the Michigan legislature in the 1910s. Club member Grace McCally was the first woman elected to the Three Rivers City Commission, and eventually was the first woman in Three Rivers elected mayor in the 1970s.

The club also began its now famous scholarship fund in the 1970s, raising funds through dessert sales and Pies for Scholars at the Three Rivers Water Festival. In the 1980s, TRWC restored the old Carnegie Library Building and established the Carnegie Center for the Arts with an initial $20,000 from its building fund and additional community support from 1980 through 2021.

It’s not a stretch to say the City of Three Rivers would not be what it is today without the significant contributions made by the Woman’s Club over the years, so happy birthday TRWC, and here’s to 130 more years of learning and service to our community.