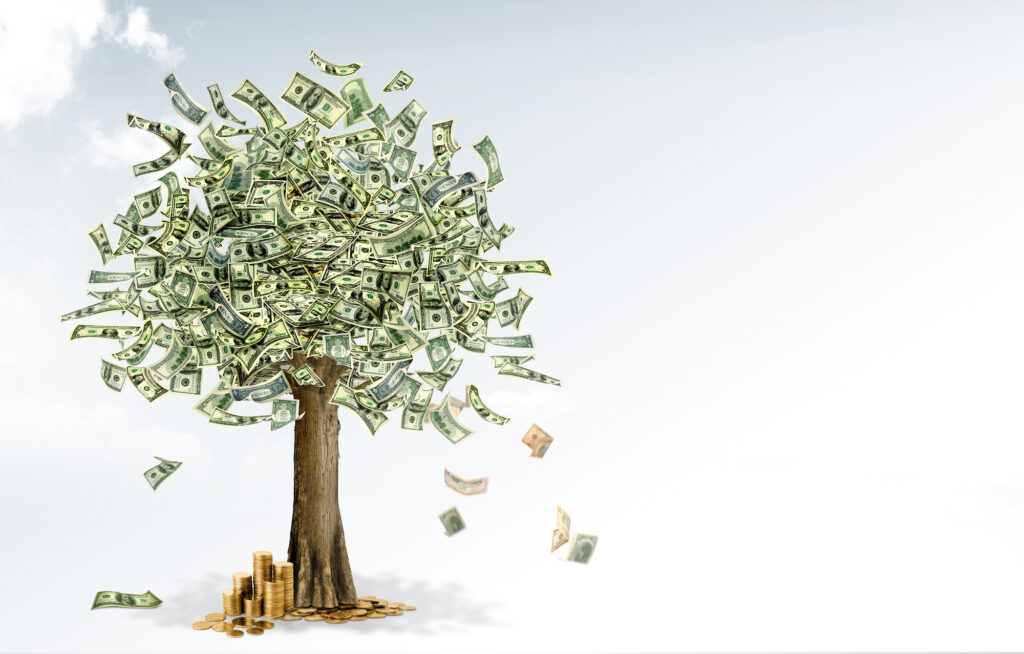 You know the old saying “Money doesn’t grow on trees?” Well, I have a secret to tell you: They were right, it doesn’t. Let’s talk money in this week’s #MomLife.

I personally have a love/hate relationship with money. I love it so much that I spend it…ALL OF IT. And I feel like I don’t have much to show for it. I should mention that I am no financial expert. I’ve never been one, nor will I ever be one. But I do know a little bit about money, and the effect it has on life and parenthood.

When we had our daughter, we were a two-income household. Money always seemed to be there. We were able to easily pay our bills plus have extras. But then a year into parenthood I was laid off and we ultimately decided to continue as a one income household, and I would stay home with our daughter. I later became pregnant with our son, so we quickly went from a single income family of three to four. I wasn’t prepared for the financial demands adding a child would make. And boy was I surprised.

Double the diapers, double the milk, double the clothes, double the food. Our expenses were doubled overnight. Soon we started to realize that money wasn’t easy to keep around when you have children. I found myself questioning how families were able to survive on only one income. Thirteen years later and I’m still asking that same question.

Now you could easily say “If you need money then why don’t you get a job?” and I would respond that when you have a child with special needs it’s not as easy as just getting a job. You have a whole new perspective on things, and you have to really weigh the pros and cons. And right now if I don’t have a job that is flexible with Nathan’s needs then it won’t work. So we continue to explore the world of living in a single income family with two children.

Children are expensive. As babies they need everything. As they grow up their needs begin to change but it still costs money. Now that my daughter is a teenager she is constantly asking for money for everything. And things like clothes and shoes just cost more money. According to the United States Department of Agriculture it costs on average $233,610 to raise a child from birth to age 18. Now I don’t know about you, but that’s a lot of money.

I wish I had the magic word to make money more accessible to families. I know I could budget better and spend less. But like I said, I’m no financial expert and I have a lot of learning left to do. What I do know is when you become a parent all of your needs take a backseat to your children’s needs. Which means most of your money is going to raise them, and oftentimes you have to sacrifice your wants for their needs. I guess that’s the price you pay for choosing to start a family, right? Though I don’t think that needs to be the case all of the time.

I think it’s OK to indulge yourself once in a while. Take care of yourself while at the same time making sure your children have everything they need. Go get that massage or pedicure you’ve been wishing for. Get your hair done, take that weekend trip, buy that thing you’ve been eyeing at the store for a while now. You deserve it.

Before I end this, I just wanted to include a little budgeting advice that really I’m only sharing so that I can learn it myself.

You need to sit down and decide what you have to pay in order to survive, and make sure that you have enough money to cover the essentials.

Once you have children you will have less money to spend on fun things. Once you get into the routine of having less fun money it will become easier to save and have money for your needs.

Prepare yourself for when you may fall short one month

It is a very real thing to not make enough money to pay the bills, get groceries, and get gas. So like I said before, you need to determine your priorities and then build an emergency fund so if the time comes and you don’t have enough you can pull from that fund.

If you’ve been on the fence about starting a family, I hope this column won’t discourage you from having children. I just wanted to share my experience with money and how I have not handled it well. I encourage you to explore budgeting and how you can afford to raise children, and if you see me in person sometime feel free to ask how I’m doing with my budgeting adventure. Who knows, maybe I’ll surprise you and tell you that I’m making progress. I have faith that there will come a time when I will get my stuff together and actually stop being a hot mess mom. But let’s be real, it probably won’t happen anytime soon.

Steph Hightree is a hot mess mom who is fueled by stress and too much caffeine. She is a Three Rivers native who talks about the good, the bad, and well, everything else about parenthood.